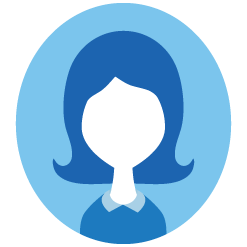 Growing up, I was taught all there is to know about Christianity, but my family didn't put a lot of emphasis in trying to get to know the religions of other people from around the world. As a result, I had a lot of questions once I became an adult and started to do some traveling. I found myself visiting different churches and places of worship to get answers, and most of what I learned was simply fascinating. Today, I enjoy helping others understand the differences and similarities between various religions because I feel that it brings us closer together as humans. So I started this blog to provide insight and information about some of the most notorious religions of all time. I hope you enjoy what you find here!

Learning More About the World's Religions

Evaluating The Debate Among Biblical Scholars Over How Did God "Rest"

Abrahamic religions share a common belief in the creation story found in the Bible. They believe that God created the world in six days and then rested on the seventh. However, some faiths disagree with others over how God "rested on the seventh day." They continue to debate the question of how did God "rest" and on what day that the Sabbath should be observed.

A number of Abrahamic religions believe that Saturday is the rightful day of Sabbath and thus should be observed as a day of rest. Some of the faiths that believe this include Orthodox Judaism and the Seventh-day Adventist church. They believe that the regular week starts on Sunday and ends on Saturday. Because Saturday is the seventh day, they assert that this day explains to some degree how God "rested on the seventh day." As such, people have an obligation to follow suit by resting on Saturday.

However, other religions, such as Roman Catholicism and the Anglican and Episcopalian churches, believe that the regular work week begins on Monday. Monday is the first day of work during the week, and the regular week ends on Sunday. With that, they assert that Sunday is the rightful day of Sabbath and one that people should observe as a day of rest. These same religions hold their weekly services on Sunday, as opposed to Saturday like Seventh-day Adventists, followers of Orthodox Judaism, and others that observe Saturday as the Sabbath.

Debate Over The Term "Rest"

Along with debating over on what day the Sabbath falls, many Abrahamic religions disagree over the actual term "rest." The question of how did God "rest" raises questions about to what degree people should likewise rest on the Sabbath.

More orthodox religions maintain that the Sabbath should be void of any kind of work, including cooking, working on a farm or ranch, repairing cars, or undertaking any other kind of in-depth work. People should rest, spend time with family, and read or engage in religious activities outside of attending services. Other more lax believers hold that it is acceptable to work, especially to earn an income. They believe attending church services on Sunday to be sufficient.

These debates are some that exist with the question of how did God "rest." For more information about specific religion's views towards this question, reach out to a religious leader in your area.